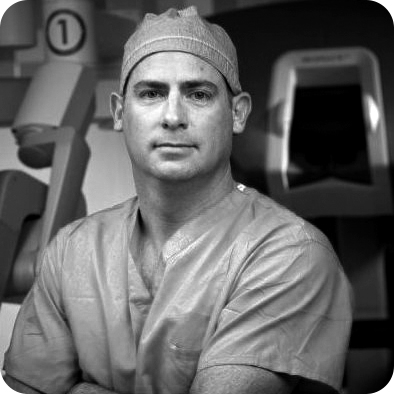 M. Patrick Lowe, M.D., is a co-founding partner in the Gynecologic Cancer Institute of Chicago. Dr. Lowe is the Director of Gynecologic Oncology and the Director of the Robotic Surgery Program at Advocate Christ Medical Center. Dr Lowe is an Assistant Clinical Professor at the University of Illinois at Chicago College of Medicine.

Dr. Lowe earned his medical degree at the University of Alabama School of Medicine and completed his residency at the University of Iowa Hospitals and Clinics. Dr. Lowe completed his fellowship in Gynecologic Oncology at the University of Southern California. Upon completion of fellowship, he was one of the first 10 gynecologic oncologists to receive certification on the da Vinci Surgical System after its FDA approval in April 2005. Dr. Lowe developed one of the first robotics programs in the United States at The West Clinic/University of Tennessee Gynecologic Oncology in 2005. In 2007, Dr. Lowe completed a visiting fellowship in advanced laparoscopy at the Institute Claudius Regaud in Toulouse, France.   Later in 2007, Dr. Lowe was then recruited to Northwestern Prentice Women’s Hospital. There he founded the robotic surgery program at Prentice Women’s Hospital and led it to national prominence in the field of Gynecologic Oncology. In 2011, Dr. Lowe was recruited to join Advocate Medical Group and helped establish the robotic surgery program at Advocate Christ Medical Center. He led this program from 2011 – 2015 and played a key role in the proliferation of robotic surgery throughout the Advocate Health Care System.  In 2015, Dr. Lowe co-founded the Gynecologic Cancer Institute of Chicago with Dr. Alfred Guirguis and Dr. Nikki Neubauer. Since 2015, GCI has become the premier provider of surgical and chemotherapeutic treatments for gynecologic cancers in the Chicago suburbs and upstate Illinois.

Dr. Lowe has lectured nationally and internationally to teach robotic surgery. He has performed over 2000 robotic surgeries for gynecologic cancers and benign gynecologic disease since 2005. During his time at Northwestern Memorial Hospital, he was invited to teach robotic surgery at the Firenze Oncology Institute in Florence, Italy. He assisted the Firenze Oncology Institute surgeons in performing their first robotic gynecologic cancer surgery in 2010.  Dr. Lowe has published numerous articles on robotic and laparoscopic surgery outcomes and was a member of the Society of Gynecologic Oncology Robotics Surgery Clinical Task Force. He is a member of the Gynecologic Oncology Group, Society of Gynecologic Oncology, American College of Obstetricians and Gynecologists, and the American Association of Gynecologic Laparoscopists. He is board certified in Gynecologic Oncology and Obstetrics and Gynecology. Dr. Lowe is well known for his surgical education videos (robotic/laparoscopy) that have been selected for presentation at national/international meetings. His videos (robotic, laparoscopic) posted online for trainee and patient education (YouTube-mpatricklowemd) have accrued over 480,000 page views since 2007.

Dr. Lowe is widely regarded as one of the top robotic and laparoscopic surgeons for gynecologic cancers in the United States. He has a special interest in robotic surgery for endometrial cancer and sentinel lymph node dissection. Since 2006, he has been utilizing robotic surgery to treat endometrial cancer. Prior to 2006, Dr Lowe was one of a handful of Gynecologic Oncologists in the US who performed advanced laparoscopic surgery for gynecologic cancers. He also sees patients seeking robotic surgery with a history complicated benign gynecologic disorders such as endometriosis, uterine fibroids, and patients with multiple prior cesarean sections. He is one of a few Gynecologic Oncologist in Chicago who regularly provides surgical services for Jehovah Witness patients.

Dr. Lowe has a special interest in the surgical and chemotherapeutic management of ovarian cancer.  He has over 19 years of experience utilizing radical surgical debulking procedures for patients with advanced stage ovarian cancer.  Finally, Dr. Lowe has expertise and a personal interest in hereditary cancer syndromes and genetic screening testing (BRCA mutations) for patients and families with ovarian and breast cancers. He works closely with The Breast Cancer Program to identify patients and family members who may benefit from genetic testing and ultimately undergo risk-reducing removal of the ovaries and fallopian tubes for patients who have a BRCA mutation.

My goal as a physician is to provide innovative, thorough, and compassionate care for women affected with gynecologic cancers. I practice evidence-based medicine and consider it a privilege to be a gynecologic oncologist. I use the most recent advances in surgical and chemotherapeutic treatments to provide the best outcomes for my patients. I value the long-term relationships made with my patients during their treatment and believe that treatment involves providing an environment that promotes respect, positive communication, and collaboration.